If you carry your camera with you at all times, you may get good saleable action-news shots now and then. Timely shots sell directly or through agencies. Who can buy them? Newspapers and magazine syndicates.

A talented Celebrity Photographer friend of mine made a living by doing photo-biogs of show biz celebrities. They often paid her to put together a portfolio of old and new shots for publicity handouts.

Celebrities always have to market themselves. My friend wrote to various celebrities that she was a freelance photographer and writer. She wanted to do an interview photo-journalism feature story. She took the shots, did the story, and then offered to sell the photos to the subject. Usually, they bought. Sometimes she sold the feature, sometimes she didn’t.

Unexpected Payoffs in the Photography Business

In some cases, the celebrity subject died (rare case) or became involved in a major news event soon after the interview. In those cases, she made a bundle on her feature articles because they were syndicated all over the world.

Suppose you had done the last interview and photos of Audrey Hepburn before she died. Or an interview with O.J. Simpson the day before his wife was murdered. Edge cases, but they often happen just by doing your thing. You fall into situations that have an unexpected big payoff.

Simply snapping away or getting live footage at the scene of a robbery, major fire or traffic accident can mean you pick up $25,000 in photo royalties.

For putting bread on the table. Suppose you see a sign that a hotel or restaurant will have its Grand Opening in two days. Why not offer to professionally record the event? Or take shots and offer public relations services by getting these shots into local papers and magazines?

Next, if the owner says no, then you offer to do it “free” in exchange for let’s say free meals. If the meal is $25, you pick up a trade value of $100 (assuming you get 3 meals throughout the day). Not so bad for a night out where you may sell photos to the attendees, make contacts, pass out your business cards. And munch on free hors d’oeuvre plus champagne.

Finally, becoming the Celebrity Photographer is fun. You will get out and about — seeing interesting things and meeting interesting people. You will be more acceptable in bohemian or artistic circles than if you are a computer nerd or insurance salesman. 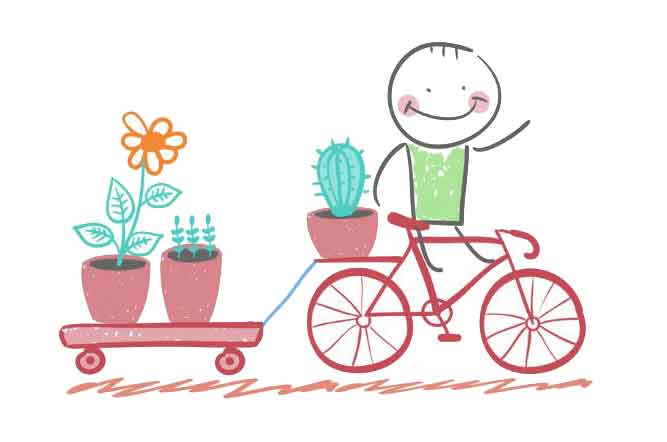 Previous story :How To Become A Flower Broker
Next story :How to Profit with Real Estate Options

Find A Need In A Market And Fill It

Last updated on July 13, 2020 Would you like to be able to move anywhere in the world and within a short time be able to establish yourself in a comfortable upper-middle-class style?   If this is your long term goal or an immediate need, by the time you finish this article you’ll kno

How Can I Make Money by Understanding Business Cycles?

You can make money by being an entrepreneur who is the first mover. You start the cycle. Never come in at the tail end. The bitcoin bubble may have ended. Was it a temporary glitch or will it go the way of the dot com bubble or the Tulip Craze? Time will tell.

How To Make Money With Cars

Last updated on July 13, 2020 In most places, you must have a license to sell automobiles. Since getting this license can cost you a good deal of time and money, I suggest that you do not buy & sell automobiles personally more than once in a while. That sounds like I have put you

Last updated on May 4, 2020 Quick Summary ↬ Every business needs one thing more than anything else: sales. If you can help them sell more of their products or services, successful entrepreneurs will hire you on the spot. Why? Because you are making them money without any risk or downside to them.

What Are the 5 Elements of Making Money Successfully?

There are no “only 5 elements.” There are hundreds, maybe thousands of tips and ideas that will help people make more money.

Last updated on June 10, 2020 Quick Summary ↬ Learn 17 profitable ways for making a living as a photographer. Learn how to recognize opportunities in the photography business, what to avoid and how to wear many hats to take on multiply assignments. Have you ever wondered how to pitch your photogra

How Can I Get an Equity in a Company That I Work For?

1. Check on employee stock option plans. Generally, if you can show your supervisor that you are an exceptionally productive employee you will be in line for some options commensurate with your contributions, if any. It would be small peanuts.

How Do I Invest in Monaco Real Estate?

There are no restrictions on investing in Monaco real estate. If you’ve got the money, they’ve got plenty of product. Walk down the main street and you will see dozens of real estate brokers with pictures & property descriptions in the windows.

Leave a comment Cancel
Comments to: How Can You Become a Celebrity Photographer
Cancel reply