The short answer is to look for places where there are plenty of new jobs about to be created.

Stay far away from where jobs are or have evaporated and population is going down. Where? Like Detroit, Michigan USA. Both rents and property prices have fallen off a cliff.

It is up to you to find places where (for instance) new factories, mines, pipelines are going in. Ideally, you will get in early before the crowd, make your leveraged investments, and move on to greener pastures in a few years. Once the shills are selling a place as an “opportunity” it is too late.

Years ago Staten Island (Near NYC) was very cheap both for rents and real estate prices, compared to Manhattan. But when news of a new bridge came out to replace or compliment the existing ferry, prices and rents went up drastically. Same where a new underground or railroad stop will make a place more convenient.

Prices/rents in coastal North France went up with the Channel Tunnel making that area more accessible to London commuters. The trick is to get in early. Move quickly.

Just a few years ago, I recommended Panama City and suburbs because Panama had just contracted for a multi-billion expansion of the Panama Canal and other public works. A new visa program was instituted to encourage 100,000+ new technicians and needed workers to come to Panama. It was obvious that many condo rentals would be needed.

A few of my consulting clients and friends took my advice. They picked up or built good high end condo properties. They were able to get 14% net returns on rents and another 20% a year on appreciation. With 10% down deals, that means tripling their money every year. The Panama boom is coming to an end now that the work is nearly complete. I see a plateau rather than a bust coming to Panama. But in my opinion the best opportunities have come and gone. 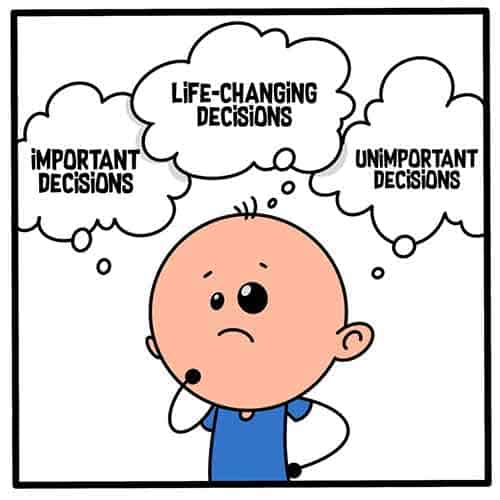 Next story :How To Make Good Decisions | 3 Steps

Should You Hire a Lawyer and an Expert to Buy a House?

Last Updated on October 1, 2020 Avoid Lawyers When Possible with an Exception In real estate deals, unless you are a lawyer or have much experience & expertise, it is always best to have a competent lawyer or equivalent represent you.  I’ve been buying many real estate properties. By

How Do I Invest in Monaco Real Estate?

There are no restrictions on investing in Monaco real estate. If you’ve got the money, they’ve got plenty of product. Walk down the main street and you will see dozens of real estate brokers with pictures & property descriptions in the windows.

How to Profit with Real Estate Options

Last Updated on October 5, 2020 Introduce Yourself and Make Contacts  Never bid at the 1st auction you attend. Go to a few, make friends with the people you see bidding by inviting them out for a drink, snack, or a meal.  Most strangers will gladly accept. Then, no harm in saying: “I am

Is real estate tax lien investing a good idea? Why investors like it? If you ask yourself ‘what is a property tax lien and is it worth it for me’ keep reading

Investing in Stocks Vs Buying a House for Asset Growth

With a house you get a place to live at a big discount from the rent. Plus you can fix it up as you wish. When you leave or sell the increased value from your improvements goes to you, not to the landlord.

How to Buy and Profit from Owning a Mansion?

As usual, my answer to why people build and/or buy mansions is different from all the rest. I have bought and sold many mansions. They are called “grand villas” here in Europe. I always bought many places that were way too big for my personal use. I moved into them and personally worked on them

Quick Summary ↬ Every business needs one thing more than anything else, and that is Sales. If you can help people sell more of their products or services, successful entrepreneurs will hire you on the spot. Why? Because you are making them money without any risk or downside to them. I write for a
Written by William G. Hill September 23, 2019October 5, 2020