I think most readers have a lot of misconceptions about wealthy people and how they act and interact.

I had such misconceptions from the kind of movies they made in the “old” days: servants all over the place, flashy cars, huge estates, private Boeing 707s, etc.

Sorry, this is not real. Of course, there are always exceptions, and Arab princes and show biz types are the exceptions.

I recently watched all the episodes of “House of Cards” about wealthy people like the fictional “Raymond Tusk – multi Billionaire”.

I found the portrayals very realistic for a change. Their lives are not so different from ordinary middle-class folks. Most don’t drive Lamborghinis, etc.

How do I know about rich people? Well, in Monaco for example, that is pretty much the only kind of people around. Wealthy people who have moved here and bought a small apartment for a few million Euros.

Why? Mainly because their tax savings exceed the apartment costs usually by a wide margin. So most make a million a year or more. I also know a lot of new millionaires from Silicon Valley who live in tax havens like this.

They can veer in either direction—big newly rich show-offs who got their lifestyle clues from old movies, or more usually, humble, low-profile guys.

Thus, to answer the question – How Do Wealthy People Handle the Bill When They Eat Together?

This is the real “protocol” that usually applies.

The person who has invited the other person for lunch at a restaurant pays. Cash or credit card. They don’t have special staff around just to pay bills.

I used to always pay the restaurant and bar bill for a prize-winning journalist friend from high school whom I perceived as not having too much dough. Then, years ago, he said “I don’t need you to treat me all the time so we should split the bill from now on.” And that’s what we did after that.

I once had lunch with a guy who must have expected me to pay. I would have except that he ordered crazy expensive wine at $200 a bottle. When the outrageous “La Addition” arrived, I was not shy and said, “Hey, I invited you, but you can cover the $400 for the wine you ordered.”

He gave me an argument and claimed to have forgotten his wallet. That was the last time I ever saw that deadbeat schnorrer (i.e. moocher) or wanted to see him.

If invited to dine at somebody’s home, we all bring wine or flowers, usually. That’s what you should do whether wealthy or not. It’s just good manners.

If you go to dinner with someone much wealthier than you are, it is a good form to say “Let me pay for my share!”

Your host will almost always say “No, you are my guest.” But don’t order the most expensive things on the menu or $200 wine if you expect them to pay.

When a consulting client and I go to lunch or dinner and he asks me business type questions, he pays.

If it is purely social and I invited him, I pay. Sometimes we split. No special rule.

And that’s how wealthy people handle the checks when they eat together. 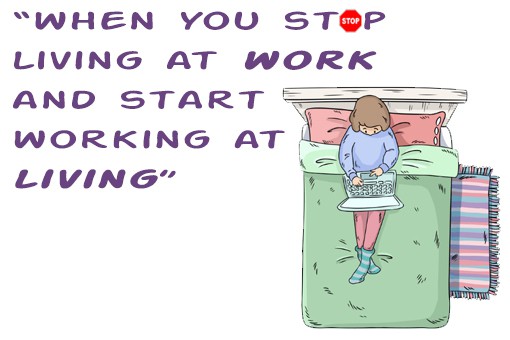 Next story :How Can I Make Money From Home After Retirement

What Are the Secrets for Getting Wealthy? Moral Story

Here is my version of an old story that has been around for thousands of years. A poor man complains:“How unfair life is. The rich have everything but I work like a dog just to get by”