These days, a million Dollar or million Euro home is only considered a middle class.

The features I like best in my middle-class place(s) are a small gym, hot tub or spa. Also, a secret room where, with a buzzer pressed, a book-case turns around to reveal a secret bar and man-cave.

As an amateur chef, I also like a fancy “wolf” stove and good kitchen.

Everybody has a pool these days, so it’s no big deal. A nice massage chair is nice too. But at only $2000 to $4000 that is pretty middle class too.

I have been in a few rich guy’s houses. So what do the rich have in their homes?

Once went to visit a friend of Ronald Reagan’s (who owned the Racing Form & TV Guide). He had a very well-tended golf course in his California Estate.

A different chap in Nevada (the Uranium King) had a pretty big wooden dance floor. It rolled back and became an ice skating rink. He sold it to Hugh Hefner when he went bankrupt.

A Newsletter writer friend in Campione d’Italia has the only luxury feature that I might have wanted before I knew better — a private dock where he keeps a sizable yacht.

The problem with all of the above is that they tend to create problems. You need maintenance and repairs, plus one or more employees to keep them up.

The Costs of Valuable Possessions

These days, at the ripe age, I have decided I’d rather make friends with people who have high maintenance “things” rather than own them myself.

People with these toys and special homes always seem to want my company to show them off, and I am happy to oblige. That way I can use and enjoy, but not own.

Some of my Arab friends have tigers, orangutans and exotic pets. That is something I’d never want. Too much bother. Just show-off stuff.

Other friends have stables and kennels because racehorses and show dogs are their hobbies. My hobby is writing. Keeps me busy and doesn’t cost anything. Also keeps me out of trouble.

Oh yes, and I forgot, one of my 80-year-old buddies has a house in a subdivision or “gated community” where every house has use of a communal runway and a huge private hanger for their private jets.

A movie star there has 2 Boing 707 size aircraft fitted out for his private use. I think that is a waste of money, no matter how much you have. I’d rather rent Warren Buffet’s NetJets.

As to a private movie theatre, the McMansions seem to have them, but I’d rather watch stuff on a nice big screen from in bed and some freshly popped buttered popcorn. Without anybody else in the room.

When you have a huge condo in an expensive town, that is something that middle-income people can’t have.

I was a guest in the huge New York City apartment of the guy who built Levittown. Also, was in a race car driver’s place in Monaco. They didn’t have the goodies discussed above, but just having a lot of space in an expensive town could set you back forty million bucks and up.

I was never invited to Trump’s place in New York, but I’d guess it is in that category. I did visit other apartments in Trump Tower. They were nice, but you get much more, much cheaper in a suburb or rural area.

expensive-toys home-features mcmansions NetJets supercars
Previous story :Can You Make It in America? 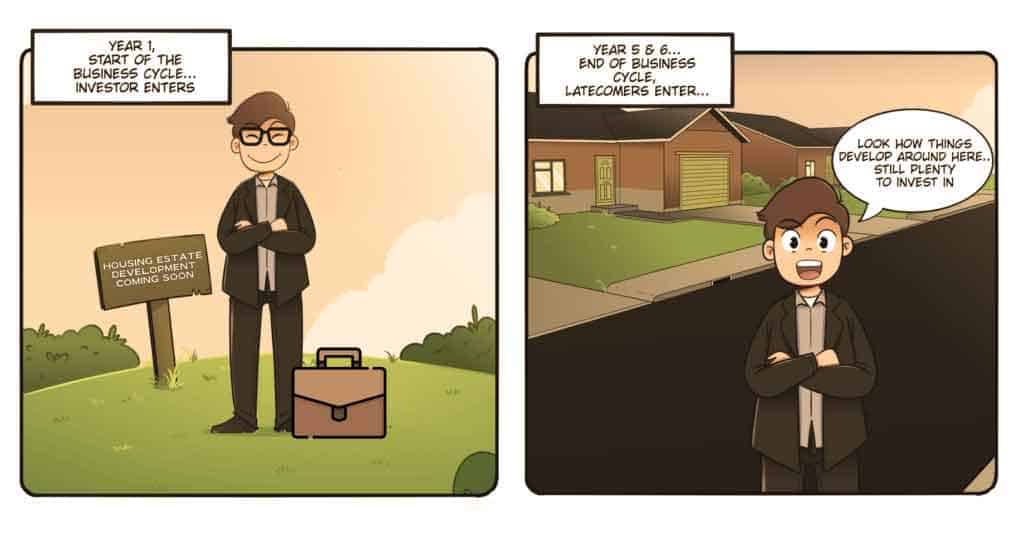 Next story :How Can I Make Money by Understanding Business Cycles?

How to Find a Cheap Place to Live in Monaco?

Many people don’t realize that “income taxes” are a relatively recent innovation. A few countries never had income taxes. Monaco, most Central American countries and Cayman Islands are such places. How do they make money to support the government? Mostly import and export duties and sales taxe

Why Can’t I Accomplish Anything?

Most of us want to accomplish something. But we never really get around to finishing it. Why? Consider the person we all know (maybe you!): We have been (for years?) planning to start a business. Planning is doing something. It’s action. But is it going to lead to the result we want? We can t

Last updated on May 5, 2020 Quick Summary ↬ Campione is a unique semi-autonomous Swiss enclave or Italian exclave to be more correct. Located entirely within Switzerland yet separate from Switzerland, Campione is not subject to Swiss laws, Swiss taxes, or Swiss tax treaties. It also escapes the mo

How To Retire Early | How Much Do I Need?

How much money do you need to make in order to retire early and live off of interest? An exact answer is possible if I make certain assumptions, so I will: Early retirement for you is age 50. Your max life expectancy is 100. You can’t count on any interest at all net after inflation and taxes.

La Estancia de Cafayate is a gated community in rural Argentina. It was developed as a kind of Utopia or Galt’s Gulch (as envisioned by Ayn Rand) for Libertarian oriented multi-millionaires. It is beautiful, has a golf course, indoor and outdoor swimming pools, arguably the best gym facility in th

Should I Buy This Expensive Car I Was Always Saving For?

Definitely, No! Why would anyone buy an expensive "dream car?" It will depreciate about 50% as soon as you drive it out of the show room. Is a drive around the block worth the money to you?

Why Do Famous People Become Broke?

“Easy-come, easy go.” It is surprisingly easy to spend huge amounts. Taxes alone can take more than half. Taking a big entourage of friends on trips, buying them expensive gifts, drugs, cars, and meals.

Why Don’t Rich People Associate with People from the Middle Class?

Most rich people (not super rich) consider themselves middle class. They hang out with other middle class people. Why? To the extent that they associate with “the same kind of people as they are” the reason is pretty simple, lawyers work in courts and office buildings housing lawyers.

Leave a comment Cancel
Comments to: What Do the Rich Have in Their Homes That Middle-class People Don’t Have?
Cancel reply