When I was in the Wharton School of Finance (many decades ago), a topic that came up was the “risk-reward ratio”.

This common idea was and still is that if one took a big risk of leveraging and losing all their money, they could either:

On the other hand, if one invested in the safest, non-risky conservative things like high-quality sovereign government bonds, they would have a dependable but definite smaller gain at the end of the day.

At the time, I was a big-mouthed contrarian kid. I liked to show how original and smart I was. Thus, I commented in class to the eminent professor that his theory was all wrong.

My answer was, because there is no God in the sky who decides what is risky and what is not risky. Not only that, the “consensus” and all the TV investment gurus were usually wrong.

In my opinion, then and now, something generally considered risky could give a super high return very dependably, only if one understands that the risk is not as serious as generally perceived.

And That’s One Of The Secrets To Investing.

People in 2018 said real estate in Detroit was risky. But I’d say if you had bought in a good area, acquiring distress property at half of the market value, it is a sure thing—not risky at all.

My big mouth attitude was imprudent. I got into trouble many times for questioning conventional wisdom. But was I right or wrong?

When Jackie Kennedy, widow of the USA president got a huge divorce settlement from her 2nd husband, she invested most of it in “safe” New York State Muni Bonds.

They had a great tax free yield, 9% I think. For years they were considered risk-free. Then NY defaulted on the bonds and Jackie Kennedy was nearly broke.

The same thing happened years later with Argentine Sovereign Bonds. They were considered safe and risk-free by the investment community. But they also defaulted.

The rating agencies Moody’s, Dow Jones, A. M. Best, etc. are often very wrong. That is because they are paid by the companies whom they rate to rate them. All too often, the more they get paid, the higher the rating.

Of course, sometimes the AAA ratings they give are in La La Land—totally wrong and unrelated to the real risks involved. That happened with the high ratings given to sub-prime loan packages in 2007-2008.

I always felt that if you knew what you were doing, risky stuff could safely yield the best returns. Being highly leveraged (in other words, borrowing huge amounts, like more than 100%) to do deals is considered risky.

But I didn’t consider it risky at all when I bought a property in a real estate market that was rising 3% a month, for good reasons of supply and demand.

Especially since in that particular market at that particular time (California) there was essentially, no personal liability on mortgage loans. Thus if your deal with 100% borrowed money didn’t work out, you could just walk away. If values went up and you did not walk away you would gain infinity.

For instance, after holding a million-dollar property with a 110% loan against it for a year. What was the risk?

The Risk-Reward theory works well only in a gambling casino. For instance, when a “conservative” bet is on red or black, there is only a 53% chance you will lose all your money. If you win, you double your money. In 1000 bets, you will lose at last 6% of your money to the casino.

On a single number roulette bet, there is a near 94% chance you will lose. Yet the reward is that if you win, instead of even money, you would get back $36 for every dollar bet.

Please don’t quibble over the exact odds. This is about right. It depends on house rules, how many green zeros there are on the board and a few other factors. Nonetheless, the casino grind will take around 6% of your money if you bet a large number of times, say 1000 bets.

Of course, the reality in Casino gambling is that punters keep playing until their bank-role is gone. They seldom quit when they are ahead.

Find deals you could go into without any investment or risking any of your own money. Alternatively, find any product or service you could re-sell without putting up any money.

This is quite easy to do if you make the effort.

The other old saying, “It takes money to make money” is equally untrue. What is truer, is

“If you want to make a small fortune quickly, start out with a large fortune and invest with the crowd!”

You may have to think about that one for a few seconds before you get the joke.

Real estate is a field where you can easily get to know the local market and the mechanics of subdividing property, getting loans, managing rental property, and buying and selling distress or foreclosure property direct without brokers, lawyers, etc.

This is the surest way to become successful. My book “Think Like A Tycoon” is good for embryonic real estate magnates.

Nonetheless, buying and selling things where you already have a willing buyer is called arbitrage. This has always been a no-risk pathway to serious wealth.

You do need to know what you are doing. You need buyers who will pay you more than the sellers of the same thing will sell for.

Every dealer in every product or service does exactly this.

If you have some very special skill and expertise, like being a brain surgeon, rocket scientist, or computer game writer you can also make money without money risked or invested.

The so-called theory of Risk vs Reward is useless and wrong. And that is the secret.

I hope this is of help to you!

investing risk-management secrets tips
Previous story :Why Are 1% of People Rich and Others Are Not? 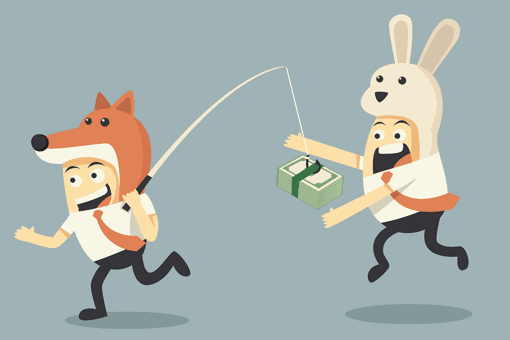 Next story :Do Rich People Get Rich at the Expense of Others?

Finder of Missing Heirs is an easy business to get into. If you want to be successful, this line of business can work for you, as long as you are truly committed

What Is the Number One Thing All Businesses Need?

Who Inherits Wealth from the Millionaires If There Is No Will?

It would be rare for a millionaire to have no will, but it does happen sometime because some people think they are immortal. If someone has no will, and no legal heirs are found, it escheats to the state. That means the government takes it.

How to Start Equipment and Machinery Supply Business

All over this country, in good times and bad, small manufacturing companies and other businesses are always going out of business. Others are just beginning. Some are relocating.

Is It True That the Only People Who Get Rich Are Authors of Get Rich Books?

This is the common belief of someone who got scammed once or twice on some unrealistic scheme like multi-level marketing. “The only people who get rich are the authors of those books.” Not entirely true. Some books are worthless. Some are not. But in any case, you can’t just read, or go to sem

Do Rich People Get Rich at the Expense of Others?

Generally speaking, people get rich by providing a valuable product or service to other people. If a doctor sets your broken bones for a fee, who is benefited?

How Bankruptcy Works – Europe vs the US

Bankruptcy laws were not made to allow some people to rob or cheat other people. It may seem that way to those who are indeed left empty handed when someone you trusted with your money or labor is legally released from their debt to you. How can this happen?