Do Rich People Get Rich at the Expense of Others?
Skip to content

Contents hide
1 How the Rich People Help Us?
2 My Story of Enriching the Others
3 Rich People Part With Communist Societies
4 Private Ownership
5 Final Thoughts

How the Rich People Help Us?

Generally speaking, people get rich by providing a valuable product or service to other people. Why should anyone be getting hurt?

Thus the correlation is 0. If a doctor sets your broken bones for a fee, who is benefited? Who is hurt?

Who got hurt by Microsoft making personal computers ubiquitous? Or Apple designing and selling a superior iPhone?

My Story of Enriching the Others

In my case, some years ago, I found a run-down empty mansion for my girlfriend to buy with “no money down”. She followed the instructions in my book Think Like A Tycoon and put in a year of time and effort doing a great restoration and cosmetic job.

This gave employment to a dozen painters, restorers, etc. Then with my help in marketing, she sold it for profit to a wealthy couple with kids.

They wanted a turnkey deal where they could move into a perfectly remodeled, exquisitely furnished Villa. They would never have done what we did: Look for a decaying dump and with a year’s work, and many frustrations; turn it into a beauty.

Who was hurt along the way? No One! Who benefited? The community got a beautiful restored tax-paying property instead of an abandoned house used by druggies to shoot up in.

Our workers made enough money to support their families, take trips, enjoy life. Plus they got the extra benefit of my mentoring plus my books and expertise in learning to become capitalists and property owners themselves—if they chose to do so…

Only a few took advantage of this “free mentoring” from me. But that is why a minority of people get rich. The truth is most people are careless, have no role models, and they don’t want to make the effort of providing a valuable product or service to other people. It is easier to drink beer, cheer at sports events, and become a troll on social media—adding nothing to the world materially or spiritually.

On the other hand, when the Communist Party or similar organizations take over, they often ruin an economy (as recently in Venezuela & Zimbabwe) and destroy a whole class of intelligent and wealthy people. Who transfer their businesses abroad, taking the jobs with them and the capital away.

When the reckless leaders (or a dictator like Hitler or Paul Pot) take over, that is when the harm is done and people are badly hurt.

Thus, Capitalism & Democracy (with a bit of income redistribution as in Switzerland, for instance) improves the lives of people, generally. As private wealth accumulates, life gets better for everyone.

If you want to become successful—and not just complain that you are getting poorer while the people who provide you with food, housing, clothing, and social media get rich undeservedly—then follow my advice. 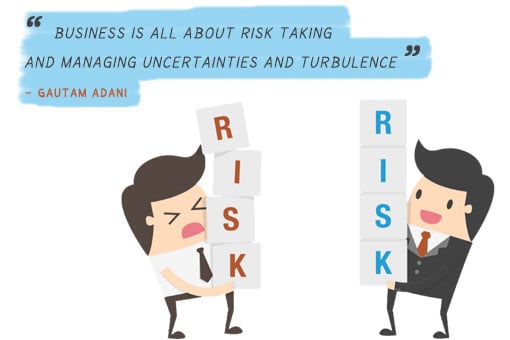 Next story :How to Win at Property Auctions

Is It worth Investing in the Stock Market?

Stock market investing is not the best shoot. But I am diffident about any global conspiracies. In the 2007–2008 crisis generally blamed on a conspiracy of greedy “banksters”. I saw other factors at play. The government abolished racial and other restrictions on lending. Rather than get sued,

As You Get Rich Does It Get Easier to Get Even Richer?

How Motivated Are the Extremely Rich by More Money?

This is a topic much commented upon by economists. It is called “marginal utility.” Think of it this way: A thirsty guy in the desert will give anything for a glass of water, but the same person in a swimming pool with water cooler nearby won’t pay anything.

Last Updated on October 9, 2020 Quick Summary ↬ Learn 17 profitable ways for making a living as a photographer. Learn how to recognize opportunities in the photography business, what to avoid and how to wear many hats to take on multiply assignments. Have you ever wondered how to pitch your photog

Should I Let My Competitor Invest in My Company?

You can let your competitor buy you out at a great price. What a “bunch of money?” If over $50 Million, go for it. If you get a huge amount of money, like $50M, then it is up to you if you want to stay on or move on.

Quick Summary ↬ Learn 17 profitable ways for making a living as a photographer. Learn how to recognize opportunities in the photography business, what to avoid and how to wear many hats to take on multiply assignments. Have you ever wondered how to pitch your photography business to models? How to
Written by William G. Hill November 23, 2019October 9, 2020